The large-scale mural, “Shout Sister Shout” by Jessica Jones is the newest public mural installed in Downtown Little Rock.  On Thursday, October 20, at 11 a.m., the Downtown Little Rock Partnership joined community members involved in the project to dedicate the mural while King Honey, an Emmy-nominated rock musician and producer, joined the celebration by performing several of Tharpe’s songs.

Tharpe was born in Cotton Plant, Arkansas before her unique blend of gospel and electric guitar catapulted her to fame. Called the “Godmother of Rock and Roll,” Tharpe’s music inspired early rock musicians including Little Richard, Chuck Berry, Elvis, Johnny Cash and many more.

King Honey, whose music is influenced by Sister Rosetta Tharpe also hails from Arkansas and tours with guitar in tow as she performs rock n soul music to the masses. 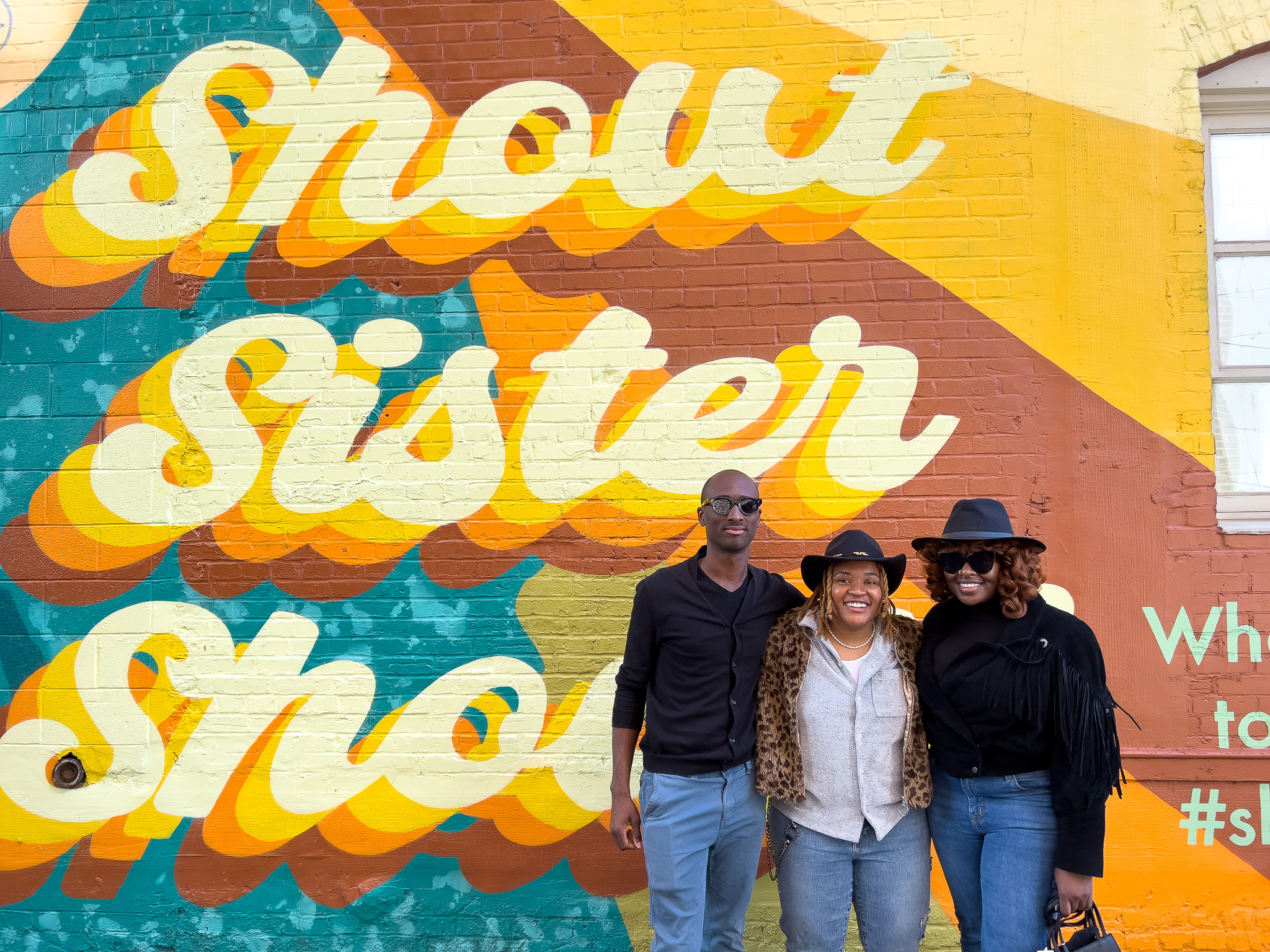 “Arkansas has a history of producing fantastic musicians and public art offers another way to share these stories we need to tell,” Holmstrom said. “Thanks to King Honey for providing a soundtrack to that story today, and thanks to everyone who contributed to bringing this mural to our city.”

Artist Jessica Jones painted the three-story tall likeness of the rock and roll royalty. Holmstrom credits the idea for the mural to Bella Vita Jewelry owner Brandy Thomason McNair, who wanted the project to be women-led.

“It’s exciting to see this larger-than-life representation of Sister Rosetta Tharpe here in downtown Little Rock,” Thomason McNair said. “It’s wonderful to be able to walk around the corner from our store to see this tribute to a strong Arkansas woman.”

The Central Arkansas Library System, DLRP Board President Carol Worley, Board Member Patricia Blick and the owner of the building also contributed to the project. The Artwork is located on the west side of 108 W 6th Street, Little Rock, AR 72201.