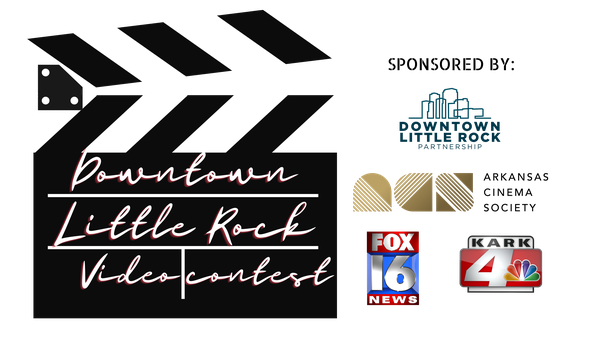 LITTLE ROCK, Ark. (Feb. 16, 2021) – The beautiful thing about modern technology is that we have the ability to be photographers and videographers at our fingertips. Harness that power for a chance to win public exposure and big prizes from four downtown Little Rock organizations.

“We love finding ways to showcase local artists and art forms around downtown Little Rock, and videography and photography are part of that,” Gabe Holmstrom, Executive Director of Downtown Little Rock Partnership, said. “We’re encouraging anyone with access to a phone or camera to get out there and show us what they love about our city.”

▪     Commercial to air on live TV on KARK and Fox16 news channels.

▪     $200 in gift cards to downtown Little Rock shops and restaurants, courtesy of DLRP.

▪     A free, one-year ACS membership and a ticket to the Filmland festival.

▪     This contest is open to all ages and demographics.

▪     The downtown Little Rock region must be featured in the commercial in some capacity.

▪     The video must be appropriate for all audiences; the video may not be profane, sexist, racist, offensive, or overtly political.

How to submit an entry:

▪     Upload your video to YouTube and email video link to DowntownPartnership@DowntownLR.com.

▪     Include your full name and phone number in the body of the email.